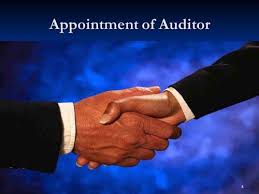 A company needs to inform the registrar of companies (ROC) about the appointment of its auditor in a defined manner. Form ADT-1 is to be used here.

Form ADT- 1 is used by a company to intimate the registrar of companies about the appointment of an auditor after the completion of its annual general meeting (AGM).

Sec 139 (1) of the new Companies Act 2013 mandates this and this form has to be filed every year after the AGM in which the auditor was appointed.

When should you file Form ADT-1?

Form ADT-1 must be filed with the registrar of companies within 15 days from the date of appointment of the Auditor. Example, if the company’s AGM was held on 30 September 2018, then Form ADT 1 has to be filed by 15 October 2018.

What are the documents to be filed along with Form ADT-1?

What is the Fee for filing Form ADT-1?

The fees for filing Form ADT 1 with the registrar of companies are:

What is the penalty for non-filing of Form ADT-1 on time?

Late filing of Form ADT 1 will attract these penalty fees specified below:

1.  Filing of Form ADT 1 is mandatory for all companies either listed/unlisted/public/private/others.

3.  The responsibility to file Form ADT 1 is that of the company and not of the auditor

4.  Form ADT 1 has to be filed even in case of appointment of the auditor for a casual vacancy.

1. Form ADT 1 can be e-filed. The form can be downloaded from the Ministry of Corporate Affairs (MCA) website

3. Once the E-form is registered by the concerned authority, an acknowledgement email is sent to the registered email ID

In February 2018, MCA amended Companies (Audit and Auditors) Rules, 2014 in which they substituted Form ADT 1 and Form ADT-2 with new forms. Thereby, new Form ADT 1 is available in the MCA website for the current year. You can view these forms here.